Have you ever wondered what would happen if you put car oil in motorcycles? It, honestly, crossed our minds—we wanted to see how the oil will impact the engine. However, after some research, we realized how reckless that would be.

Unfortunately, car and motorcycle oils are different and should never be interchanged. Using car oil in a motorcycle and vice versa will damage the engine, which means the performance will go down. In short, using any type of oil that’s not made for a specific vehicle is never a good idea.

Let’s look at the characteristics and differences of motorcycle and car oils and why you must not interchange them.

What are Engine Oils For?

People have been using oil as a lubricant for thousands of years.

It was first used by the ancient Greeks and Romans who bathed themselves with olive oil as a sexual aid. Oils also helped move large stones and heavy objects, and grease any stuck object. Lubricants only consisted of plant and animal-based oils until the 1800s when the first oil well was drilled successfully.

They then underwent many stages of refining and included additives to make various types of oil. These additives can do many jobs from prolonging lubricant life, reducing friction, and allowing the lubricant to cling better.

Not all oils are created the same. Knowing the difference will help you understand why some oils are only made for certain types of vehicles.

The higher frictional properties aid in lubricating the wet clutch, which transfers power to the drive train. This is why motorcycle oils have higher viscosity levels compared to car oils.

Therefore, motorcycle oils should have a balance of both because they power the engine as well as the gearbox. Car oils, on the other hand, don’t have this problem since they are only used for the engine. This explains why motorcycle oils have balanced friction properties while car oils will have low friction levels.

Car oils only help lubricate the engine parts. Since the gearbox does not use them, they normally have friction modifiers to increase mileage and fuel economy.

Car oils also have lower viscosity levels since they do not require high friction levels. Plus, along with the friction modifiers, car oils contain detergent additives to increase their ash content.

While a motorcycle oil contains some detergent additives as well, the amount is significantly lower than a car oil. Using a car oil with high ash content in a motorcycle will hamper your bike’s performance.

Here are the main differences between the two:

Motorcycle oils, along with lubrication, help cool down the engine components as well. This is despite having a separate cooling system.

Meanwhile, car oils do not need to cool down the engine because cars already have robust cooling systems. Lubricating the engine is the oil’s only function.

Car oils do help cool the engine parts. But, this is not necessary because its cooling system is already in-charge of cooling down the engine thoroughly.

Viscosity levels are labeled using oil grades, which depend on factors like the make of the engine, its condition, etc. Oil grades are denoted by “XW-XX.” You can refer to your bike’s manual to know which oil grade is compatible with your motorcycle.

Can You Put Motorcycle Oil in Cars?

No. While motorcycles use the same oil for both their engine and gearbox, it is not the same for cars.

Firstly, motorcycle oils have higher viscosity and friction characteristics compared to car oils. If you use motorcycle oils to replace car oil, their high viscosity will only reduce the car’s fuel efficiency.

Can You Put Car Oil in Motorcycles?

No. You cannot use car oils in a motorcycle.

Car oils generally have lower viscosity and thus, low friction characteristics. This low friction will not help lubricate the wet clutch properly since it will be too slippery for the clutch. As a result, the clutch will not work as required if you use car oil in motorcycles.

Another reason why you cannot use car oils in motorcycles is that they have detergent additives with high ash content. The additives can create deposits in the piston crown and valve train that could eventually damage your bike’s performance.

Why Does a Motorcycle Engine Oil Go Black?

Motorcycles oils go in clear or colored but will eventually go black or at least much darker. This is normal—it only means that the cleaning agents in the oil are working and are cleaning the engine. The oils also help carry debris and contaminants to the filter where they are, hopefully, filtered out and stored.

That is why you should not forget to change the filter, too!

Contaminants can either be small metallic particles from the engine to clutch friction material from the clutch baths. They may also be heat-affected parts of the oil that have been against hot components and gone hard. Some additives react better to heat than others and the engine’s heat cycles will darken the oil while it “cooks.”

Car Oil in Motorcycles: When to Replace Your Motorcycle Oil

Change your engine oil periodically to ensure that the engine stays in its prime condition. Here are the steps to check if your motorcycle needs an oil change:

Changing your oil is one thing a motorcycle owner has complete control over. For instance, you can control when to change it and decide what you want to change.

Just ensure to use the correct oil and change it frequently so the additives would not wear out. Anti-wear agents in the oil help keep friction down but they will deplete over time.

Not changing your motorcycle engine oil will lead to a catastrophe. Once the warning lights on your dashboard light up, your bike’s about to fail and it’s time to replace the oil.

Car Oil in Motorcycles: When to Change Your Motorcycle Filter

This depends on the motorcycle’s make, model, and the conditions you are exposing it to.

Your motorcycle’s oil filter clears the oil of dirt, contaminants, and metals while being lifted from the oil pan. These will clog the filter over time, which will then affect your engine’s lifespan, performance, and efficiency.

Here are some signs that you may want to consider replacing your bike’s oil filter:

It’s best to change it every oil change, which comes at a factory-recommended distance or time interval.

Using car oil in motorcycles is dangerous both for you and the bike’s engine. Always make sure to use oils stated by the manufacturer to ensure an easy and smooth ride.

Happy shopping and be safe on the road! 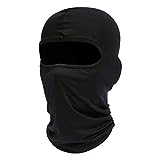 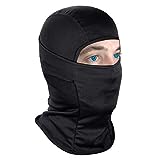 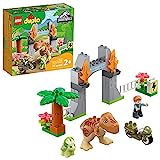 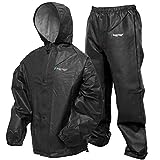 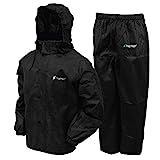 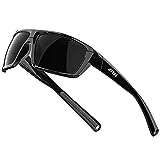 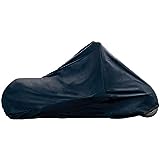 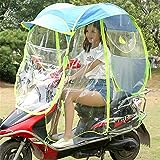 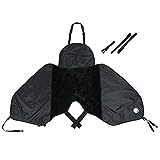